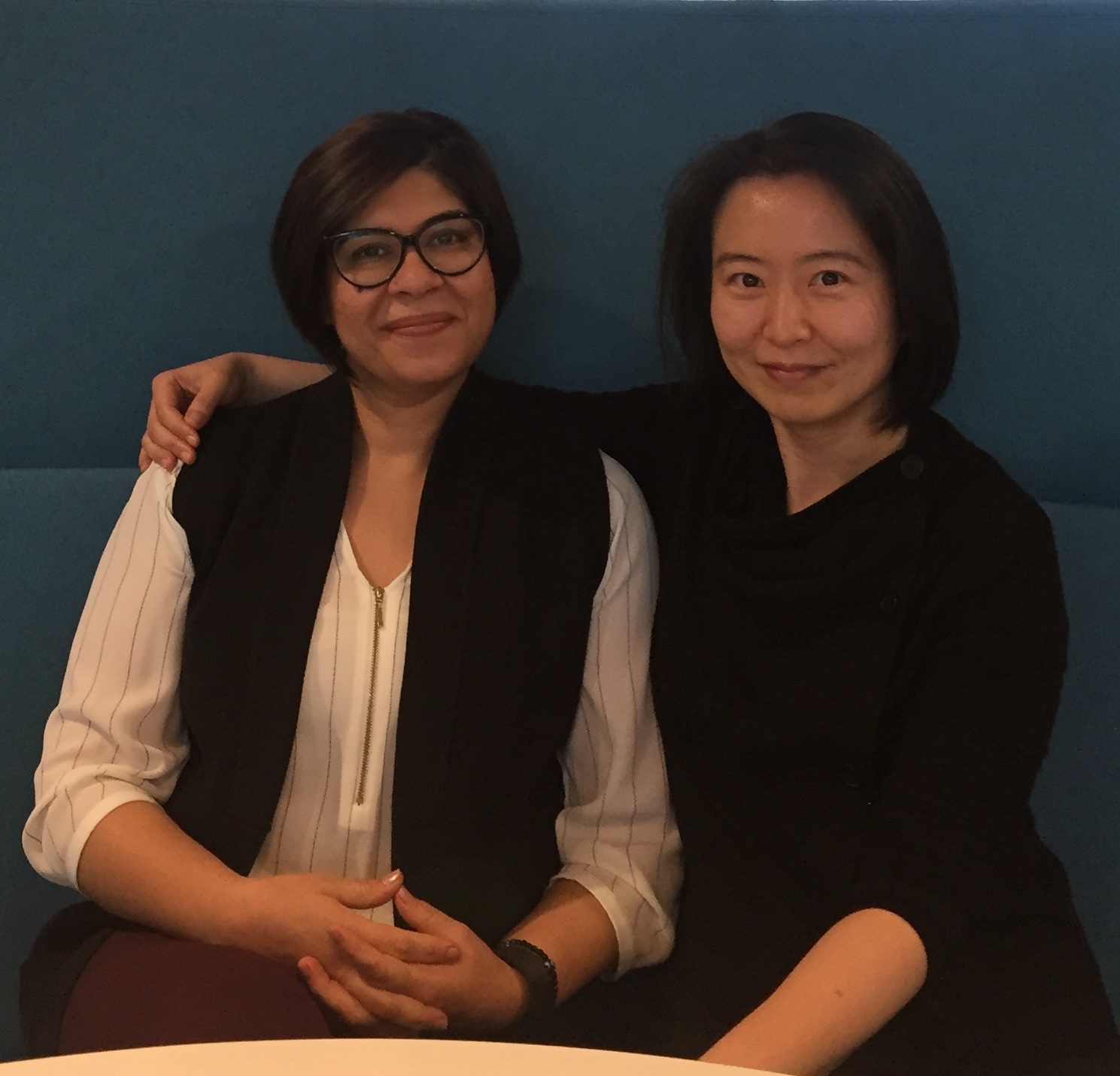 Earlier this week after a long and exhausting day full of classes, Mrs. Vidhi Chaudhri kindly agreed to be part of our Humans of IBCoM and sat down with me for what was supposed to be a quick interview. We ended up talking for almost an hour, and by the end, were joined by Mrs Chaudhri’s colleague Assistant Professor Mrs. Wang.

Since IBCoM is all about international backgrounds, I assumed that Mrs Chaudhri’s story was a noteworthy one, and I was not mistaken. When I asked her to tell me more about where she is from and what her origins are, Mrs. Chaudhri told me that “the question ‘where do you come from?’ is always very challenging,” and that “one should never ask someone where they come from, but ask where they are local,” – a quote that stuck in her mind from one of her favourite TED talks by Taiye Selasi.

An India native, Vidhi Chaudhri studied history at Delhi University and worked as a public relations consultant before moving to the US to initially get her Masters and then her Doctorate, both from Purdue University, where she spent almost 9 years, to then move to the Netherlands in 2002. Considering the many places she has lived in, Mrs. Chaudhri said that “moving around really makes you understand what being international is about; you make every place your home while staying grounded to your own roots”. When asked why she moved away from India, she told me it was first to follow her husband – who wanted to pursue his Masters degree in the US – but also the desire to be an academic. Life therefore surprised her with all kinds of new opportunities she never thought of, so when asked whether she has any advice for me and my fellow IBCoM students who are still not sure what they want to do with their future, Mrs Chaudhri’s response was: “Stay curious! Don’t be limited, think of communication as a larger part of society, politics and organizations and be open because the skills you are learning now are not narrowly linked to your current discipline”. This was a word of advice which she also mentioned in the recently held Media and Business Symposium that she helped organize along with her colleague Mrs. Wang – yet another international lecturer (and former Erasmus student) in the Media and Communication department who moved here from China twelve years ago.

Both Mrs. Chaudhri and Mrs. Wang agreed to briefly explain what the symposium was about for those of us who could not be there. Its main goal, as Mrs. Chaudhri mentioned, was “…to look into what the future holds when we consider all the developments in the digital communication landscape and how organizations can leverage the opportunities that come with digitalization,” as well as to celebrate the 5-year anniversary of the Media and Business program. “We had guests like Mr. Pascal Beucler from MSLGROUP, who explained how digitalisation has changed the communication field in terms of projects and people that organizations are [currently] looking for,” added Mrs. Wang. The symposium also included a breakout session and an alumni panel, ending with a prize awarded to the master thesis that best reflected the essence of Media and Business as a program.

We concluded our interview with talking about how friendship formed between Mrs. Chaudhri and Mrs. Wang, in the “friendly and supportive environment” of the Media and Communication department, and how pleasant it is to work when there is mutual concession and collaboration; not only among staff members, but also between students and lecturers.

Thank you both for your time, and precious advice!