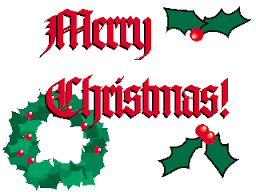 Is everyone enjoying their holidays so far? Today is Christmas and there is no doubt that it is everyone’s favourite holiday! All the beautiful and romantic winter markets are held around Europe, children sing carols on the street, and most importantly, people go back to their home to celebrate the holidays with family and friends. As an exchange student from South Korea, regarding Christmas as a festive and big holiday was kind of new for me. In Asia, we do not celebrate it as much as in European nations. Therefore, in the blog, I would like to talk about how Christmas is spent differently in various countries.

In England, it is a tradition for families to gather in front of the fireplace and to sit on a oak tree together to celebrate Christmas. Before putting the oak tree into the fire, they sit on it and say greetings to each other. This is because they think the oak tree will bring them good luck as it burst up in the fire brightly and strongly. Moreover, it is also a tradition to eat mince pie and christmas pudding in december. Mince pie is made up of minced meat and it has a Christian meaning as it is made up of 13 ingredients which symbolizes Jesus Christ and his twelve 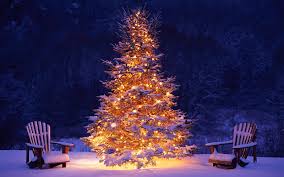 disciples. And the Christmas pudding is mainly made up of plum and brandy, and people make it four weeks before christmas.

There is an interesting Christmas celebration called “Caga Tio” in Catalonia, which is a North-East region of Spain. On the Christmas day, families gather and the children hit the trunk of the tree which is hidden under the blanket. They sing a song while they are hitting the trunk and then the present pops up from the blanket after a while! However, in order to get a present, children have to feed the trunk before December 24th. If they do not feed the trunk, they don’t get any presents.

In Russia, Christmas is not celebrated on the 25th of December. Instead, it is celebrated on January 7th. This is because Russian people believe in the Eastern Orthodoxy, and they thus follow the Julian calendar which was made in the Roman era, instead of using the Gregorian calendar that we generally use. This makes the Christmas to be celebrated 13 days later than other countries.

Little acts of kindness to brighten up this year’s holiday

In Australia, it is summer in December and this makes Christmas in Australia very special and exotic! On the day of Christmas Eve, there is a festival called “Carols by Candlelight”. People gather and sing carols on the street, holding candles. Also, they celebrate Christmas on the beach with friends and family, surfing and swimming while wearing a Santa hat.

Looking at unique Christmas celebrations and traditions of each country, you will be able to notice how Christmas can have different meanings to different people. However, the fact that Christmas is a big holiday and that it is everyone’s favorite holiday does not change. So, hope you fully enjoy your holidays with your loved ones! Merry Christmas and Happy new year to all!

Little acts of kindness to brighten up this year’s holiday

The studying state of mind: how to get back into it…